Linux and businesses are two things that are rarely seen together unless you’re running an IT company that deals with servers. But Linux isn’t just for servers. As a matter of fact, many things about Linux make it more useful and appealing to businesses. You might not be immediately convinced to shift over your business computers to Linux, but here are a few things about it to keep in mind.

Save Money on License and Software Fees

Businesses will never have to pay for installing Linux on their computers because, ultimately, Linux is free. Free as in, you won’t have to spend a single dime for it. While some business-oriented Linux distributions (the type of Linux OS you’re using) have customer and IT service fees, installing it is entirely free.

The interface is very similar to a traditional desktop PC, making the transition relatively smooth. But perhaps another critical thing to consider is that Linux holds thousands of free software- many of these free software is even the basis for paid software that establishments pay for. These free alternatives all feature similar, if not the same, abilities (and even interface) as proprietary software, so you and your staff won’t take a productivity hit from the transition.

Perhaps another boon to using Linux is the sheer amount of productivity and efficient software integrated into its system. Using a desktop running Linux allows you to customize the interface to great lengths, letting you choose what to focus on. This can help businesses dealing with computer software extensively, as window tiling, task management, and other efficient software are usually packaged with Linux distributions.

Microsoft 11 is on the horizon, and many businesses are worried about whether this update will break their system (or their software). This isn’t a problem when it comes to Linux. Updates are done almost seamlessly, with very few overt changes (unless you want it to be). No longer will your business have to suffer from operation setbacks because a computer stopped working due to an update.

Linux can even update its own operating system while the PC is turned on without requiring a restart. This is particularly useful if your business is in the middle of a busy day and there’s an update- it won’t affect your operations. 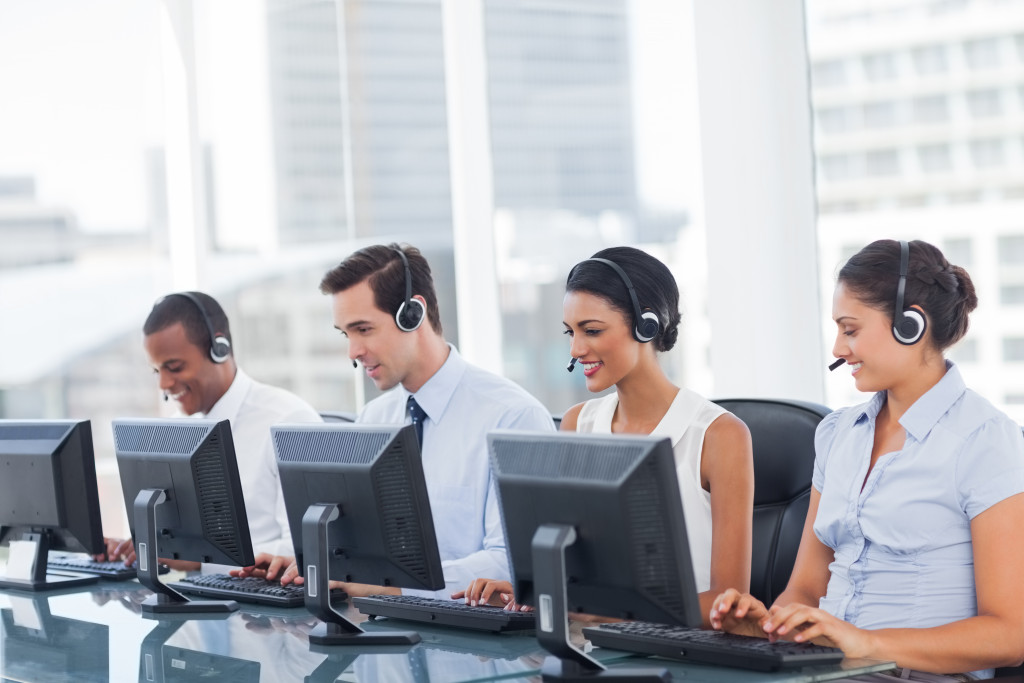 Cybersecurity and data privacy are among the most critical topics in tech nowadays, which is of particular importance to businesses. But this is less of a concern as you can feel safe paying your mortgage loan with the best rate or credit card bills online on a Linux computer.

After all, it’s one of the safest and secure operating systems in the world. This is important if you’re running a business with a lot of critical data. Linux-based operating systems are significantly more secure than the conventional commercial options as security is its core tenet.

The entire system is designed as open-source. This means that many developers and programmers have access to its source code. While one might think that this opens it up to malicious activities, it does the opposite: thousands and thousands of developers create multiple layers of secure code to prevent malicious modifications to your system.

Along with better security and privacy, viruses are less of a worry when it comes to Linux. It’s not that Linux doesn’t have any viruses. Viruses are significantly rarer, and the ones that exist are immediately tracked down and suppressed. This saves your business a lot of money on anti-virus expenses, to the point that you wouldn’t even have to think about it.

Extend the Lifespan of Your Hardware

A common problem many business owners face is that their computer hardware is too outdated to run the latest operating systems. With how fast technology improves and upgrades, businesses often find themselves in a situation where they need to buy new hardware almost every year.

Because Linux requires lower hardware specifications to accomplish the same tasks, upgrading is delayed by a significant amount of years. Even hardware from ten years ago can still run on Linux with adequate optimization and efficiency. The ability to reuse old hardware and not buy new ones can save establishments resources and time setting up a new computer.

Linux isn’t going to replace Mac or Windows as the desktop OS of choice very soon. But it still holds several benefits, especially for business use. If you’re thinking of saving on computer hardware and software expenses or are generally just looking to maximize computer efficiency, Linux can help you out with that.