Divorcing Your Spouse Through Technology During the Pandemic

Remote technologies and social media apps played big roles at the end of many marriages. Old flames reconnected through social media and ruined relationships and marriages. Some went on dating apps while already married and with kids. Still, others have become more susceptible to temptation because of technology’s opportunities. And when the coronavirus pandemic happened? People headed to online entertainment more than anything else.

What does this mean for marriages? It means that instead of spending more time with each other, some couples grew further apart during the pandemic. They took for granted the fact that they are spending 24 hours a day with each other that they don’t bother being deliberate about communicating their feelings in such a terrible time in their lives. They pursued their interests and passion. So, instead of growing closer together, they grew apart. And when they did spend time together, it only highlighted the differences in their personalities which then pushed them to decide to avoid their spouses while isolating at home.

Funny enough, technology also played a big role in some divorces. Do you know that there was quite several divorces due to the pandemic? Do you know that many couples realized they couldn’t live together anymore and broke up in the middle of the coronavirus outbreak? How did they manage to do that?

Thankfully, even amid the threat of the pandemic, couples were able to consult with their family law attorney using video teleconferencing and email. Some consulted first with marriage counselors, but others went straight to a lawyer who could guide them through the divorce process. If the split is amicable, it is easier for the lawyers to determine how to proceed with the divorce proceedings. But the problem is when the couple is not in agreement over several things, including the reason for the divorce.

Some spouses use digital technology to spy on their ex, whether to confirm a hunch or to use that as evidence. Depending on the state where you lived and got married, evidence obtained through spy cameras and bugging devices can be admissible to court. Yes, if you have been photographed going to a hotel with the third party in your divorce, then chances are that your ex will have the upper hand in the divorce.

In some cases, spying is not acceptable in court. It only works for the other spouse’s benefit, knowing and confirming that separating is the right thing to do. While it is not advisable to spy on your ex just to get the upper hand in a divorce, your lawyer will admit to the benefits and advantages of having such materials to deploy. Imagine what these pieces of evidence can do for you during the negotiation. Your ex can agree to any of your demands because of the evidence stacked against him/her. 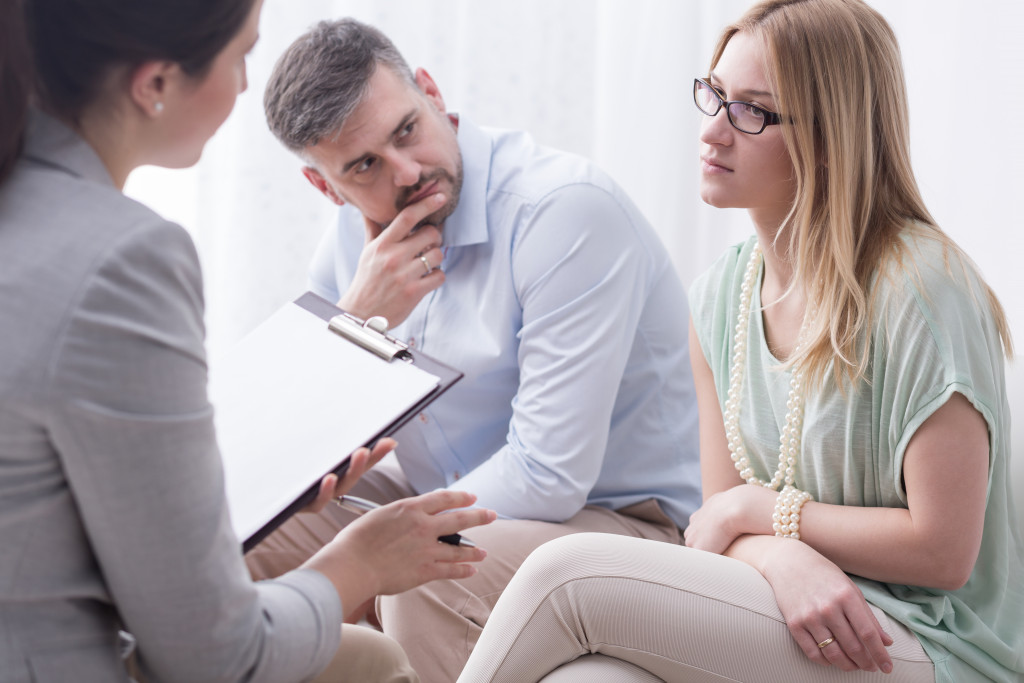 Thankfully, marriage counselors still continued with their sessions online. Even though couples cannot attend in-person consultations and mediations, they used video conferencing tools. Through this, the counselor can make a report on the progress of the mediation and any chances that the issues can be resolved. Some couples reported having made up because of the counseling. It might have worked even better for them that they’re not facing the counselor as they try to talk about their marriage problems. Most of them are given activities to open up more to their spouses.

Because courts closed during the pandemic, judges had to hear cases virtually. With video conferencing tools, judges were able to decide on cases involving even sensitive materials such as divorces and child custody cases. Courts, however, have to make sure that the lines are safe and secure for the privacy of the families involved. In the case of child custody hearings, online platforms have become helpful because the children feel more comfortable facing the judge while in the comfort of their homes compared to going to an actual court.

Admittedly, it was not an easy decision to get a divorce while in the middle of the pandemic. If it was already heartbreaking to end relationships before the pandemic, imagine how much more difficult it is because of the public health crisis? However, some couples couldn’t wait for the pandemic to pass until they could legally end their relationships. This is why marriage counselors, family lawyers, and court judges turned to technology to deliver the services these couples need during a difficult time.