When the coronavirus outbreak spread like wildfire across the globe and took thousands of lives in the process, no one was prepared to deal with it. The healthcare community took the heaviest hit out of all industries, considering that this was a global health crisis on their hands. But the economy suffered just as much, if not more. Soon enough, hospitals, health centers, and clinics are overwhelmed with patients who have contracted the coronavirus. Businesses and schools are shutting down one by one, with hundreds of households losing their primary sources of income in the worst global recession since World War II.

Aside from the shortage of hospital beds, antibiotics, and healthy front-liners, other health crises are occurring simultaneously with the pandemic. This includes the fear brought about by the possibility of drug shortages, medication adherence, and the risks of self-medication, among others.

At the beginning of the pandemic, many people feared that there would be a shortage of prescription drugs and over-the-counter medication like there was for toilet paper. This is because of the mass hysteria that led people to resort to panic-buying and hoarding before they locked themselves in their homes.

However, it’s been more than a year since the pandemic took the world by storm, and while the health crisis caused huge disruption for the global drug supply chain, the pharmacies are still getting by. If there will be any shortages, it will be caused by the sudden increase in demand for prescription drugs.

America is among the many countries that have managed to control the virus outbreaks and are starting to rebuild their economy, but the same cannot be said for others. India, for instance, is still currently in an ongoing battle with the pandemic, what with the new Delta strain threatening to take them under.

This should be an area of concern, considering that almost half of the generic drugs sold in the U.S. come from India. In contrast, most of the active pharmaceutical ingredients used in drug development are taken from China. If these countries suffer the blow, there’s no telling what will happen next.

And what’s more concerning is that everything involved in the process of developing drugs, from the list of specific ingredients involved to the dissolution testing of these drugs, are considered trade secrets in pharma—which means outside will know. The Food and Drug Administration (FDA) will be notified by the drug companies when they experience a shortage, and only then can the FDA alert the public. 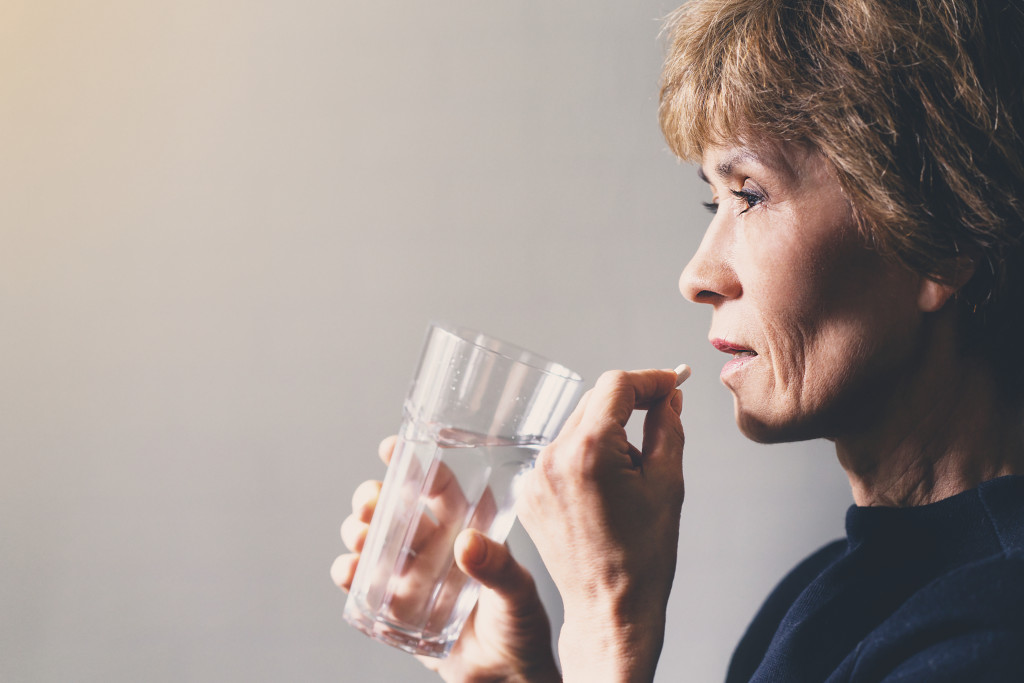 Getting people to adhere to their medications has always been a public health issue, but it’s only been more amplified by the pandemic. Medication adherence refers to the practice of taking medications as prescribed by doctors, getting prescriptions filled, remembering to take them on time, and understanding the instructions they come with.

This may seem easy enough, but it doesn’t come without challenges. Among these are the people’s ability to pay for their medication, low health literacy, the negative side effects they can experience, and polypharmacy, which refers to those taking at least five medications at a time.

The people are divided between putting food on the table or keeping up with their medications, in which the former usually wins the battle. This is especially true since many people lost their jobs in the recession and are still finding it hard to hold down a stable job with everything going on.

The pandemic has only further marginalized those who already had limited access to appropriate health care, causing them to become non-adherent to their medications even more. As a result, there could be more hospitalizations and debilitating repercussions due to what could have been preventable complications.

Most hospitals are filled to the brim with patients who have unfortunately contracted the virus, which means that those with mild symptoms and other health concerns are forced to self-medicate. This has become more prevalent during the pandemic, especially for those frightened at the slightest appearance of COVID-19 symptoms.

Among these symptoms are fevers, aches, fatigue, headaches, and coughs, which over-the-counter drugs can easily treat. Those who are experiencing symptoms are recommended to take medications like paracetamol and ibuprofen and self-isolate for at least a week to 14 days to limit the possible transmission of the virus.

But of course, those who experience more severe symptoms would need to seek the attention of medical professionals, especially if the symptoms don’t disappear after a week. This is because it’s impossible to cure COVID-19 through self-medication since there are still no known cures for the virus.

Despite the rather bleak circumstances that the world is currently facing due to the global health crisis, there is still hope that society will return to what it once was. This is especially true now that COVID-19 vaccines are being rolled out and disseminated in the hopes of achieving herd immunity against the virus.

On the brighter side of things, many countries are slowly reopening their doors to the world and gaining some semblance of normalcy amidst everything. People are now free to go back to their pre-pandemic lives, albeit having to wear masks and maintain social distancing, but otherwise better than they were a year ago.